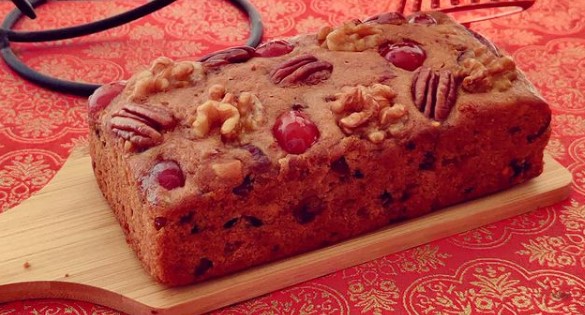 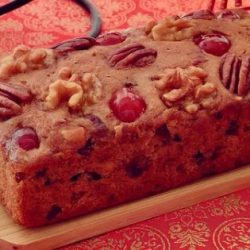 Fruit cake recipe for Christmas season and soon this year will be over and a new chapter of our lives will unfold. But for now what to do to take your mind off 2021…. Well, you can cook, it’s time-consuming and also has a delicious outcome. So here’s a little something you can cook, A Christmas fruit cake recipe.

Well, firstly fruit cakes are simply mouth-watering, and they have candied fruit, which speaks for itself, and secondly, fruitcakes have been around for a long time and they’ve been through a lot (not in a bad way though). Plus they look so good!

Fruit cakes recipe have a very interesting story, but not a long one. It all began somewhere in ancient Rome. The first recipe was simple with just a few ingredients like pine nuts, pomegranate seeds, and raisins; and of course the basic cake ingredients. In the middle ages, spices, honey, and preserved fruits were also put in the old recipe to make it a little more fun.

Then the recipe began to travel around Europe and became quite popular. Then the forces of nature like the ingredient availability in
different countries forced some changes in the recipe. And soon there were a lot of variations of the same old fruitcake recipe.

Nowadays there is even more variety of fruitcakes, ranging from light
and nutty to rich and moist. And over the centuries, more fruitcake recipes appeared all around the world,

As fruit cake recipes have a history in almost every country and food (especially sweet food) often interacts with festivals. The fruitcakes were slowly embedded in the tradition of many cultures. One example of this is Christmas. Soon it became a tradition to make fresh fruitcakes for Christmas.

Where Fruit Cake Recipes are Popular?

In the UK the traditional “Christmas Cake” is actually a fruitcake, just round and covered in marzipan and fondant icing; decorated with Holly leaves, berries, tiny snowmen, or Robins (or both), just to add a little Christmas in it. Although, they are mostly taken on their own, sometimes they are also eaten with buttercream or even cheese.

In the US, fruitcakes are richer in nuts and fruits. Claxton fruitcakes are especially popular in America. When the Claxton bakery began focusing more on fruitcakes they got extremely positive feedback from their customers, and so the Bakery prospered. This was the reason that the Bakery began to sell fruitcakes for fundraising purposes and helped many in the past few decades.

More changes were added to the old fashioned fruitcake recipes when some church regulations forbade the use of butter. As you can imagine people didn’t exactly “love” that. But then to their utter relief came to the “Butter Letter”, thanks to Pope Innocent the VIII, that granted the permission to use milk and butter in Stollen fruit cake recipe.

And if you were wondering, No I didn’t spell “stolen” wrong, Stollen is a kind of German bread, quite similar to fruitcakes and like fruit cake recipes, is mostly eaten during Christmas. This type of Stollen is also known as Christmas Stollen or Christ Stollen.